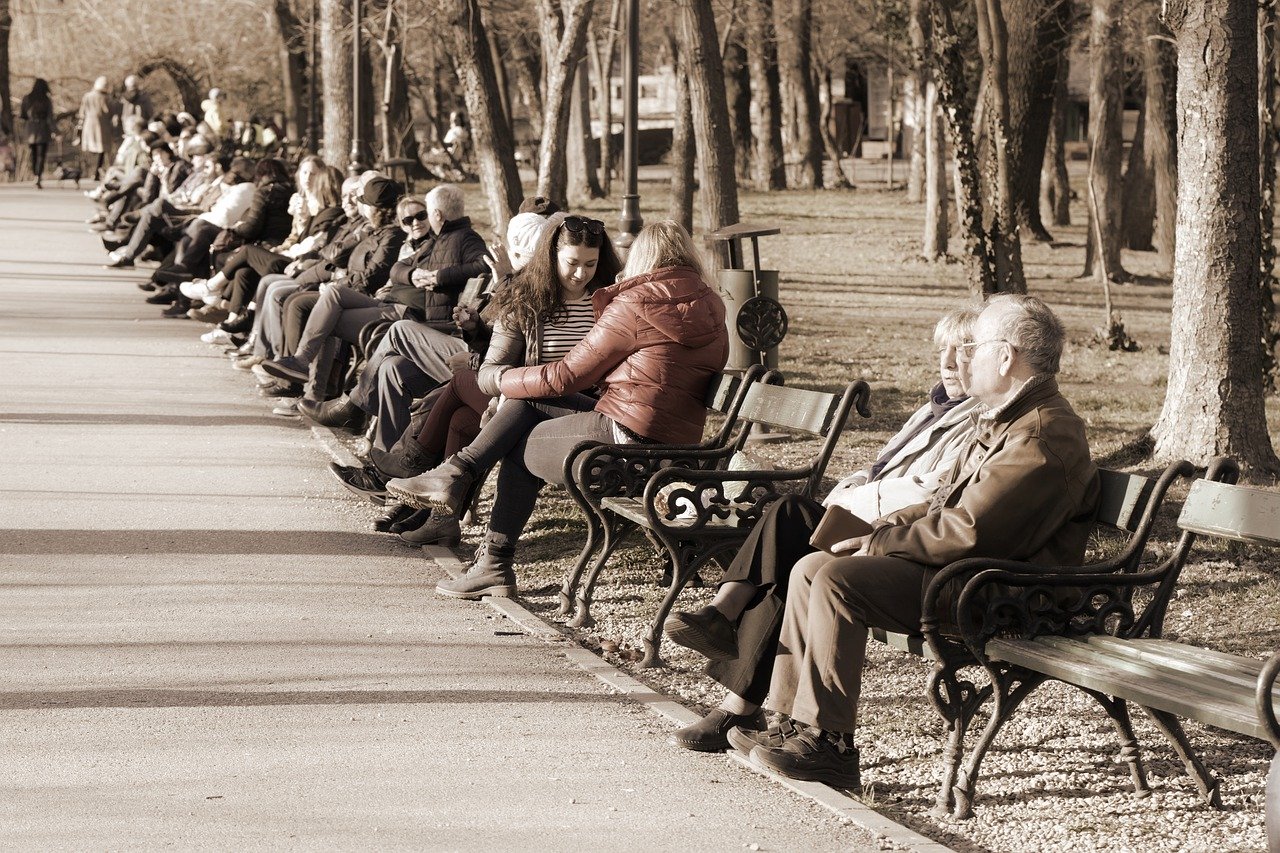 We’re looking forward to seeing you at the the 2020 Greater Farmington Film Festival and we have a great lineup of films that are sure to inspire good, starting with the opening film, THE PRISON WITHIN.

Katherin Hervey, director of THE PRISON WITHIN, is coming in from Seattle to join us for a Q&A following the film.

Take a look at the full schedule below. All-access wristbands and tickets for individual films are available for purchase now!

Katherin Hervey, director of THE PRISON WITHIN, will join us for a Q&A following the film.

THE PRISON WITHIN is a relevant and timely documentary exploring the destructive impact of untreated trauma on individuals and communities through the powerful stories of survivors of violent crimes and prisoners incarcerated for murder in San Quentin prison. The prisoners and survivors come together and participate in the Victim Offender Education Group (VOEG)—an innovative restorative justice program enabling prisoners to discover how the trauma they’ve experienced contributed to their criminality and to understand the impact their crimes have on their victims. Together, the prisoners and survivors confront and expose the pain and shame caused by the extreme trauma they’ve experienced throughout their lives.

Seattle-based Director Katherin Hervey, a former Los Angeles Public Defender and volunteer prison college instructor, is the first filmmaker to gain access to chronicle these intimate and revealing sessions inside San Quentin Prison. In a world where rehabilitation is vital for us as a society to heal the wounds of trauma, this film dives deeply into what is needed to move toward that goal.

When Annemarie looks in the mirror, she sees Down syndrome. She hates it. To her, the diagnosis is a giant barricade keeping her from the independence and intimacy she desperately desires. She embarks on a journey of self-discovery as she tries to understand what it means to be normal.

“NORMIE is an incredibly powerful film about love and the fundamental, universal truth that despite our differences, we all have something special and unique to contribute to this world. Every life has value and I firmly believe that the true beauty of this world lies in us all being exactly who we are. This film will inspire meaningful, deeper conversations about inclusion and disrupt the status quo as we know it.”

Kathy (Golden Globe® Nominee Hong Chau), a single mother, travels with her shy eight-year-old son Cody to Kathy’s late sister’s house which they plan to clean and sell. As Kathy realizes how little she knew about her sister, Cody develops an unlikely friendship with Del (Golden Globe®, Tony® winner and acting legend Brian Dennehy), the Korean War vet and widower who lives next door. Over the course of a summer, and with Del’s encouragement, Cody develops the courage to come out of his shell and, along with his mother, finds a new place to call home.

Catch the best short films from around the world for ages 3-7!

Children young and old will enjoy KID FLICKS ONE, brimming with fun and clever stories of growth and transformation.

If you’ve ever been the youngest of the group, you’ll sympathize with the little tadpole who always falls a tad behind in the charming KUAP. Catching up on penmanship is the name of the game if you want to graduate from pencils in the winning doc Pen Licence. Then little ones are in charge and grown-ups get to play when the hilarious Flipped reworks the script. These shorts and so much more await you!

When a criminal court judge starts a running club on LA’s notorious skid row and begins training a motley group of addicts and criminals to run marathons, lives begin to change.

SKID ROW MARATHON follows four runners as they rise from the mean streets of LA to run marathons around the world, fighting the pull of homelessness and addiction at every turn.

Their story is one of hope, friendship, and dignity.

By the Grace of God

François Ozon’s gripping drama follows three men who band together to dismantle the code of silence that continues to protect a priest who abused them decades ago. Based on events from the 2019 conviction of Cardinal Philippe Barbarin of Lyon for concealing the conduct of Father Bernard Preynat, BY THE GRACE OF GOD compassionately illustrates the varying effects of trauma on survivors and their families in this urgent portrait of resistance, the power of mobilization, and the mysteries of faith.

The Euphoria of Being

“Throwing all caution to the wind, I asked a 90-year-old Holocaust survivor to create a dance theatre piece with me. I wanted everyone to see Éva Fahidi and to provide a space for her traumas in a dialogue with a young dancer, Emese. Where would the boundaries of understanding, of finding common ground lie? Would they be able to slip into each other’s skin? Can we ever learn from the past? This rehearsal period was one of the most profound periods of my life. The film takes us on a journey through the history of the 20th century, through loss, the power of dance, the ageing body, love, a relationship across a 60-year age gap, and life’s hidden strengths.”  — Réka Szabó, Director

When did you first start dancing?

At age four the doctor sent me to ballet school to correct my flat feet. Not only did I gain strength, but I fell in love with the beauty of movement, which I have pursued all my life. Now I am drawn to the landscape of emotion as expressed in Flamenco dance.

After years of study in dance, movement and sport, the joy of movement remains my constant life-giving source. It has led me down so many paths of discovery . . . culture, literature, history, movement science, travel and friendship.  I see now that dance has been my very essences, my connection to the world.

My mission is to continue to explore movement and to share it with others by performing and teaching.

I received a B.S. Degree in Education from the University of Michigan, and an M.F.A. in Dance from the School of the Arts, New York University. I have attended many workshops, master classes and seminars, notably Spanish American Dance Festival in Chicago and Adult Theatre Camp in Stratford, Canada. I currently study Tai Chi. I enjoy learning.

I organize, perform and teach a performing group, Companeros de Flamenco. We perform the vibrant Spanish Art, Flamenco. We are listed in the Touring Directory of the Michigan Arts and Humanities Council. We perform around the state. Last year we performed at many community events, including Cromaine Library Second Sunday Series in Hartland, International Festival of Holland, Multicultural Music & Dance Concert in Livonia, Canton’s 2018 International Festival, Willard Library in Battle Creek, and Huron Valley Council for the Arts in Highland.

I wish that Farmington Hills had an active and supportive arts community.  The last time my students performed at the Festival of the Arts at the Costick Center was April 2015. Occasionally we have performed in other Farmington events, however, there were budget cuts and dance was subsequently eliminated.

I think the Arts brings vitality and beauty to a community.  It introduces us to new visions or perspectives, and it encourages involvement and communication. 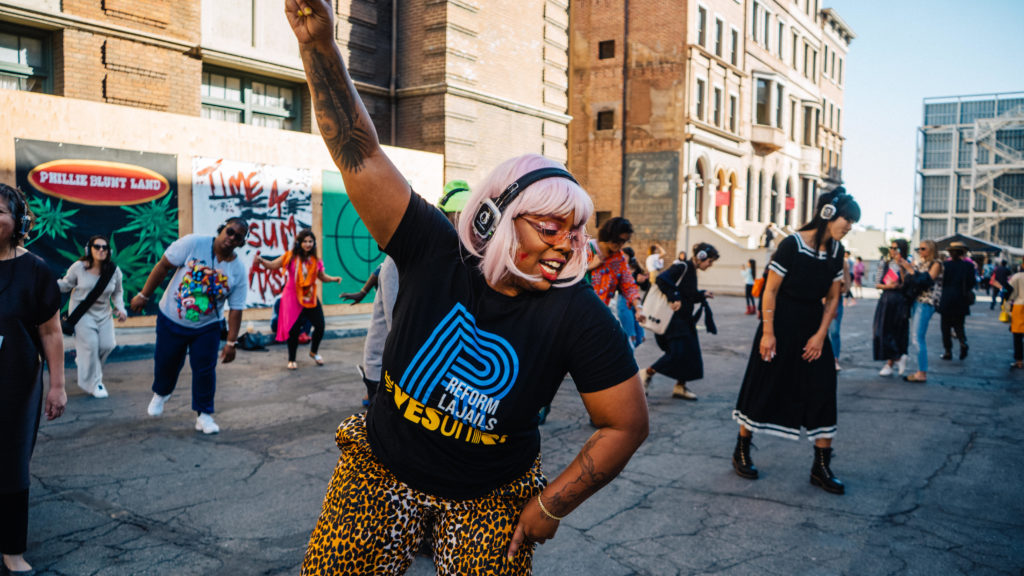 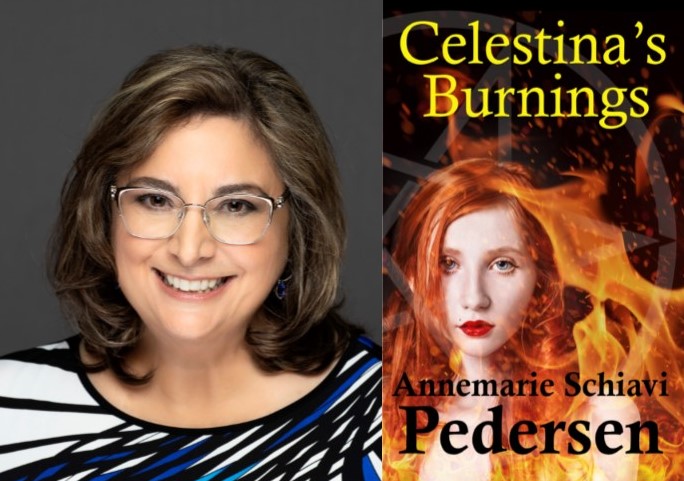 I studied journalism and history at The University of Michigan and have worked as a reporter and editor the majority of my life. But as much as I enjoyed journalism, I always had a burning desire to write a novel. After my parents died within less than a year of each other, I realized that life is short and that a dream deferred can die.

So, I set aside journalism, and for ten years worked hard and struggled to find success as a fiction writer. Grateful it came.

Northville Poet Kathleen Ripley Leo, who has published fifteen collections of poems, and has been nominated for a Pushcart Prize. I took a novel writing class at Schoolcraft College from her about a decade ago, and we became fast friends. I’ve learned so much from her.

I am a member of Detroit Working Writers.

My novel Celestina’s Burnings. The best part of writing and getting this book published is giving an everyday baker girl a voice. Celestina pushes against the most powerful people and ideas of Western Civilization. I love how she adapts. And in the end, with a little help from her friends, she just might get the better of them all.

“If there’s a book you really want to read, but it hasn’t been written yet, then you must write it.” —Toni Morrison

Rejection is inevitable. Use it to get better. Study, learn, and experiment with scene and structure. Read books about writing and attend writer’s conferences. At the end, with lots of work, you will become the writer you dream to be. 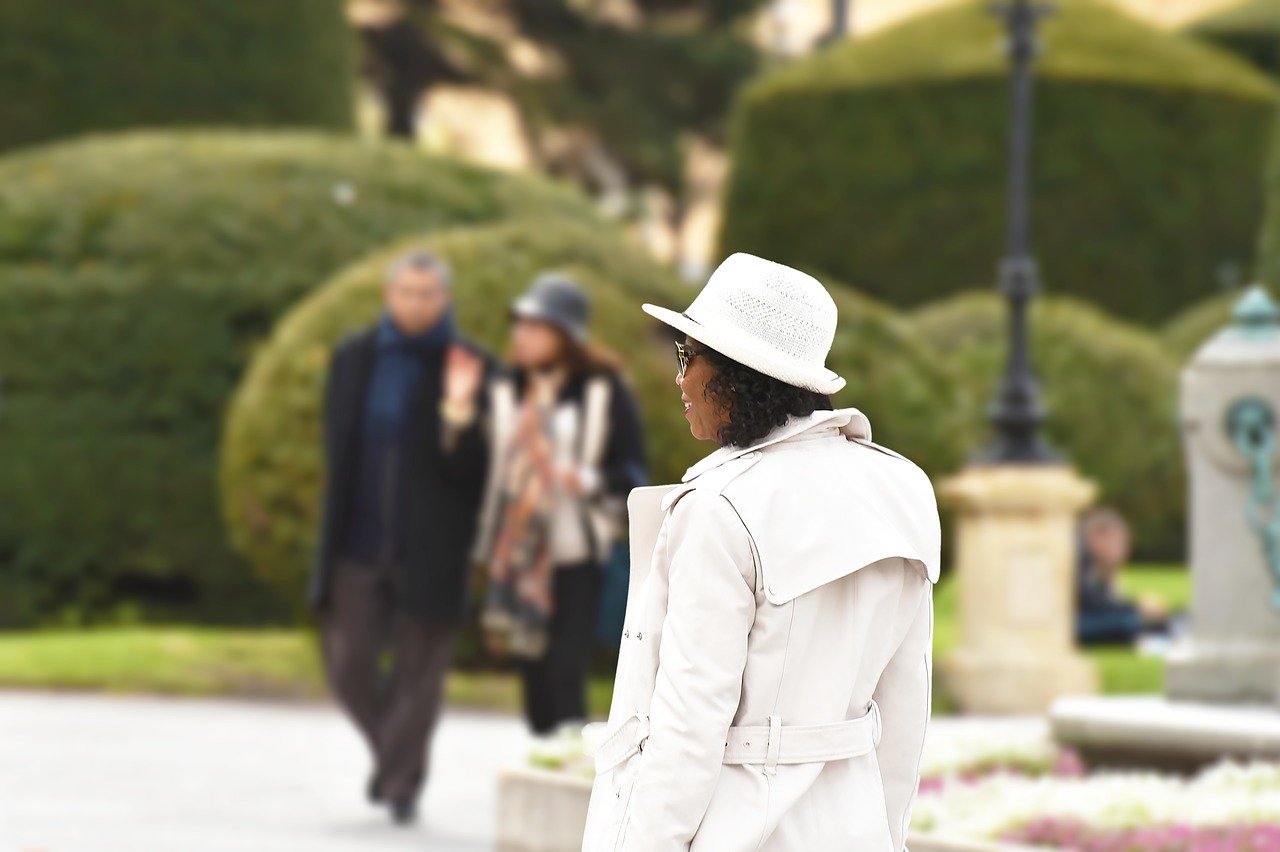