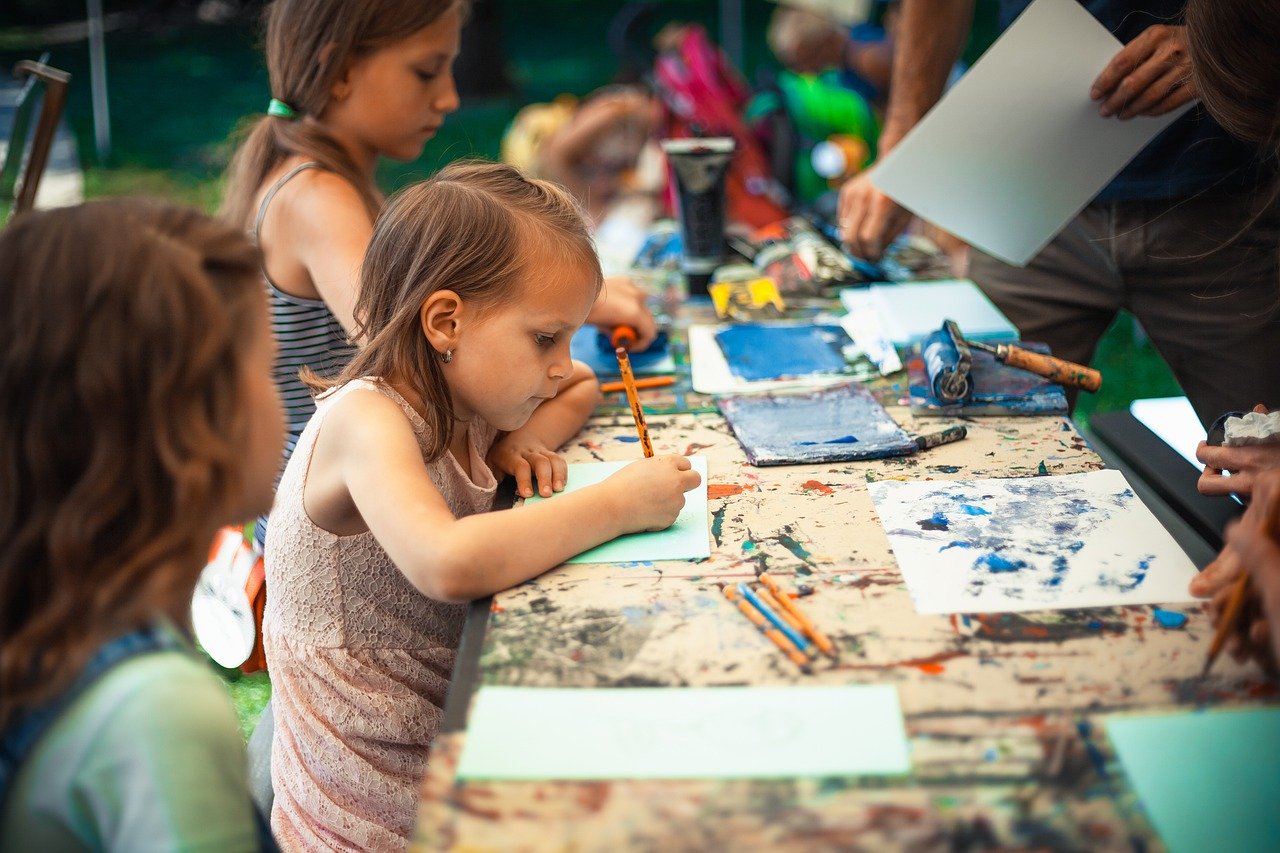 Art is a force that unites people, inspires them, drives their creativity, and adds beauty and culture to the world. It plays an important role in creating a community, and perhaps an even more significant role in our schools.

For years, funding and time for arts, music, and theater programs in education have been dwindling, pushed out in favor of more rigorous academic curriculum; this happens despite the knowledge, backed by science, that arts education is loaded with important benefits for children.

It’s this knowledge that’s the driving force behind National Arts in Education Week. Passed by the senate in 2010, every second week in September is devoted to celebrating art’s benefits in the classroom and advocating for the importance of keeping art alive in our schools.

The benefits being referred to aren’t just artistic! Sure, they’re honing their technique and learning to use new tools and mediums, but that expansive thinking extends far beyond the school art studio.

The personal growth doesn’t stop there. As this infographic reveals, there’s a great deal to love about arts education.

The National Arts in Education Week site is loaded with information on partner events, including guidelines on how to get involved in this important advocacy effort within your community.