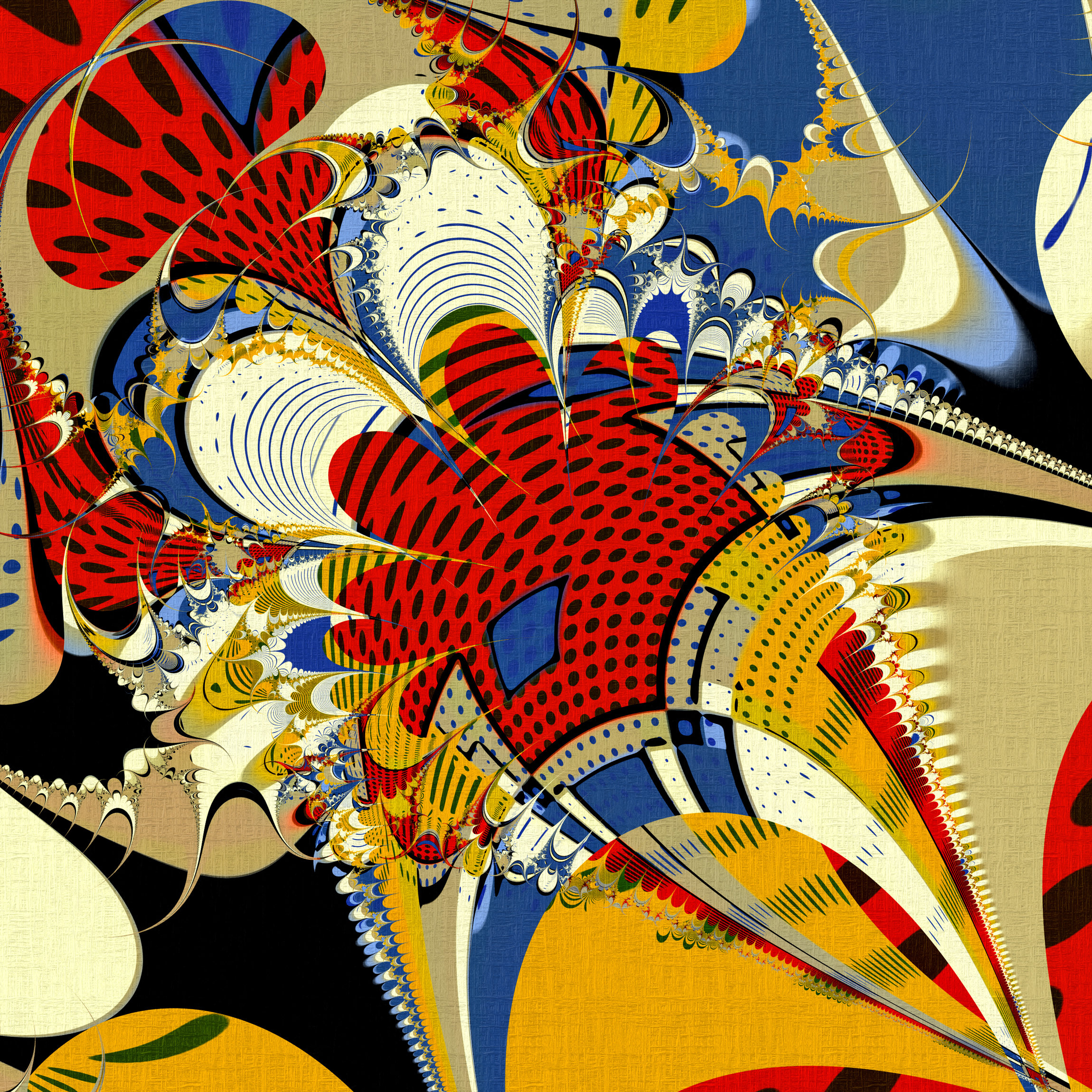 A collection of new artwork by Jef Bourgeau is on view at the KickstART Gallery from June 1st through July 23rd.

The exhibition is sponsored by Artpack Services, Inc.

A reception with the artist will be held on June 16th from 5-8 pm.

“As an early innovator in digital art, Bourgeau has explored the boundaries of constructed space while playing with the interaction of standard perception and art. By folding and spinning and crushing, his most recent work interrupts familiar art tropes and invites the viewer to untangle that history.” – Jan van der Marck

“Bourgeau’s new body of work is both original and elaborate in form and color as if at the hand of a reborn Picabia, of a sort of Cubism freshly discovered after a century of modern art, but bearing newfound gestural expression while utilizing hi-tech pixelations, making them uniquely intelligent and emotional creations well beyond any possible other.” – Lucio Pozzi for The Art Newspaper

Take a virtual tour of the exhibition in the video below.