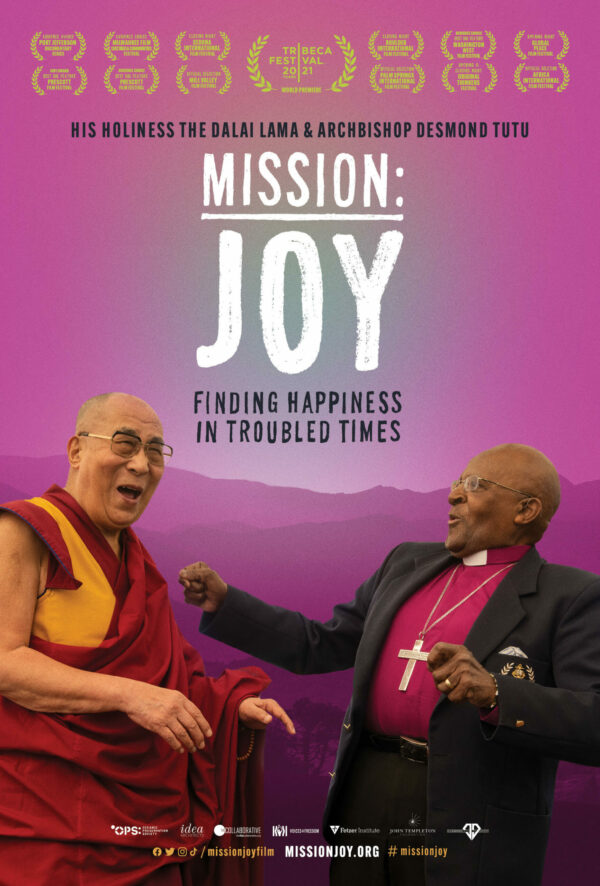 Deeply moving and laugh-out-loud funny, Mission: JOY is a documentary with unprecedented access to the unlikely friendship of two international icons who transcend religion: His Holiness the Dalai Lama and Archbishop Tutu. In their final joint mission, these self-described mischievous brothers give a master class in how to create joy in a world that was never easy for them. They offer neuroscience-backed wisdom to help each of us live with more joy, despite circumstances.

Consisting largely of never-before-seen footage shot over 5 days at the Dalai Lama’s residence in Dharamsala, the film invites viewers to join these luminaries behind the scenes as they recount stories from their lives, each having lived through periods of incredible difficulty and strife. With genuine affection, mutual respect and a healthy dose of teasing, these unlikely friends impart lessons gleaned from lived experience, ancient traditions, and the latest cutting-edge science regarding how to live with joy in the face of all of life’s challenges from the extraordinary to the mundane.

The film will screen at the 2022 Greater Farmington Film Festival on Friday, October 7th, at 7pm, at the Riviera Cinema. Here are 5 good reasons to join us for the film.